The Green star juicer vs Omega juicer is two of the best budget masticating juicers on the market. They both have a lot of features that make them worth your money, but which one is right for you? In this blog post, we’ll explore those differences and hopefully help you decide what to buy. 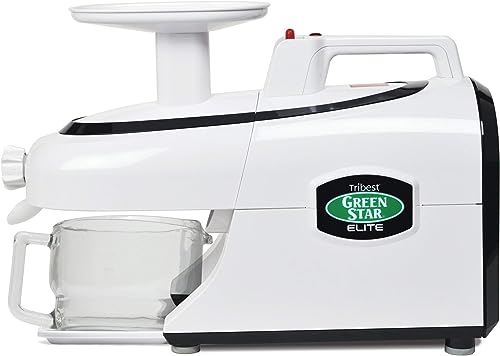 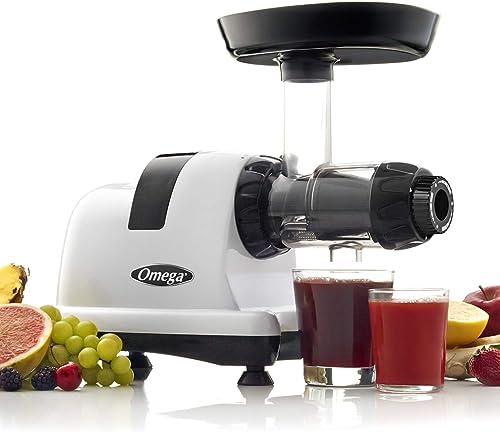 The idea behind every type of slow juicer is to extract as much juice from your fruit and vegetables as possible without exposing any of the juice to air at all. This is why slow juicers tend to be more expensive than their centrifugal counterparts- because they are better for you, and extracting every last drop of possible nutrition from your produce does cost some money.

Both the Greenstar and Omega Juicers do this about as well as any other slow juicer. The Omega tends to be slightly less expensive, but the Greenstar has a few advantages that make it just as good of an option.

One thing to keep in mind is that both of these juicers can create some pulp depending on what you are juicing. Some people like pulp and others do not- it really depends on your preferences.

The benefits of a Green star juicer are:

The benefits of an omega slow juicer are:

The advantages of an Omega juicer are:

The advantages of a Greenstar juicer are

How to choose which one is right for you?

In terms of speed, the Greenstar Elite has a higher RPMs than the Omega VRT350. The GSE has twin gears which make for an extremely efficient juicer. The pulp that comes out from this machine is much drier than any other masticating juicer.

inputs are cut into smaller sizes to make them easier to digest in your body. (Note: it does not create any foam)

If you are looking for a juice extractor that is easy on the eyes, then this may be the right fit for you!

is a very compact and sleek-looking juicer. It is extremely easy to clean, has minimal parts that require assembly, and is also self-cleaning!

it is also equipped with dual-stage juice processing which means the masticating process goes through two stages. The first stage applies pressure, and the second stage applies a gentle squeezing to extract even more nutrients from your ingredients.

has a twin-gear mechanism that operates at a low 80 RPMs (rotations per minute) and will prevent any foaming or clogging in your juice! The masticating juicer also runs at a low 80 RPM’s, which is roughly half the amount of speed that most juicers operate at.

The Green Star also extracts juice by masticating your ingredients and then pressing them with a separate mechanism to squeeze out every ounce of goodness you put in there! This masticating process means the Green Star GS-3000 operates with a low 80 RPM’s which is roughly half the speed that most juicers operate at.

A high-Quality Juicer that will last a long time and be easy to clean.

What separates the GS-3000 from other juicers is that it also takes advantage of twin gear technology. This means that the masticating process breaks juices down to a much finer consistency and does so at a very slow 80 RPM which prevents the foam or froth you usually get when using centrifugal juicers.

This twin gear technology means that you’ll get more juice out of your fruits and vegetables. For example, a higher yield of oranges

Twin gears also mean better quality juice extracted. This is because the slow RPMs of the Green Star GS-3000 generate less heat which makes sure all those vitamins and enzymes are preserved inside the juice rather than being destroyed by the heat of a high RPM.

Both (Green star Juicer vs Omega Juicer) of these machines are great (especially when you think of the price compared to a Norwalk) and I would recommend them both. If you don’t juice that often, consider an omega. If you want the best machine out there for juicing greens and making wheatgrass shots, go with the Greenstar! and as such, is not nearly as efficient. However, it is only $10 more, and the higher juice yield is a great advantage for those serious about juicing.